In 1935, Lucille Haymore and Don Bulecheck met and married here in Prescott. Don worked for the Crystal Ice Company, delivering coal in the winter and ice and soda in the summer. It would be this job that would lay the foundation as a delivery driver for his soon to be gasoline business in Prescott. Lucille and Don were Donna Bennett’s Parents. It was during these early years of the Mid thirties and early forties that the seeds for what we know today as Bennett Oil were planted. Don leased a Shell Station and soon upgraded to a larger facility, known as Richfield’s Truck Stop. From this station, open 24 hours a day and servicing travelers from Prescott to Barstow, Don began delivering Stove Oil. Stove Oil was pre Natural Gas and was delivered the same way in which we now deliver home heating oil. Donna well remembers her father heading out in the dead dark, with snow on the ground…determined to provide his customers with the Stove Oil they needed in order to keep their houses warm. Often, his hose was too short, so he would fill a five-gallon bucket and go back and forth until the family’s(customer)tank was full. This gave birth to the business principal we still honor today… Provide service to the customer, no matter the weather nor the circumstance. 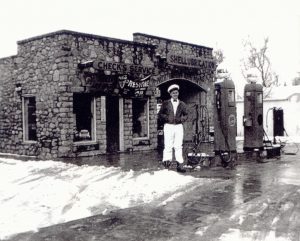 Don would parlay the success he created into a Fuel Distributorship named the Flying A. The Tidewater Oil Company offered Don the opportunity to take over the brand, including gas stations throughout Yavapai County. Don and Lucille opened their own station in Prescott and began a fuel distributorship. Lucille did the books and with the children at her knee, often worked side by side with Don in the business. Don added an additional business with the purchase of a Holsum Bread Distributorship. Next, Don purchased another station and opened a Bulk plant. During these years, money was tight, customers didn’t always have the funds to pay on time, Don and Lucille learned how to be frugal but knew if they worked hard, took responsibility for their actions and treated customers fairly, that success would come to them.

In the early 1950’s, while attending school in Prescott, Donna met Roy Bennett. Roy’s parents had moved their family from California and set up life in Chino Valley. They purchased and ran a one stop center complete with a barber shop, grocery store and YES…A GAS STATION. Both Donna and Roy went off to college at the University of Arizona. It was there that they started dating and were married in 1958. They started their family while living in Tucson giving birth to Ken & David, Roy working delivery jobs, Donna working at Mountain Bell. In 1961, while making a Christmas visit to family in Prescott, Roy lost his Tucson job and in no time at all accepted a driving job from Don (Donna’s Father) to make deliveries for the family’s Holsum bread distributorship. Eventually, Roy went to work for Don in the fuel business and in January of 1961 Roy and Donna purchased the fuel business from her Dad, and thus began the next generation of legacy, The Bennett’s.

Over the next 24 years, the Fuel and Oil Business grew for Roy and Donna Bennett, as did their family. After Ken and David were born, 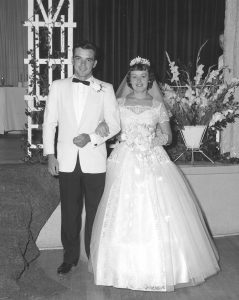 then came Terri, Lenora and rounding out the five siblings, Lisa. In the early 80’s, the family expanded again with the adoption of Michelle & John, completing the sibling count at 7. It was during these years the business transitioned brands from Tidewater, to Phillips To Exxon. It was also during these years that Roy expanded with the purchase of a bulk pant in Clarkdale, created Bennett’s Glass, Bennett’s Tire, A Carwash and even a busy truck stop…all while supplying 30 locations with fuel throughout Yavapai county.

Also during these years Roy’s Dad, Archie, came to work in the business delivering fuel. Archie’s only complaint was how tired his arm got every day…from having to waive at the people that would honk and waive at him, thinking he was Roy! Roy would rise at 2:30am and head to his truck parked a few houses down in a vacant lot. Donna knew when she heard the engine roar, the day was under way. Donna would herd the children, do the household chores and work on the company books. They would assemble for dinner, Roy would head to bed and start all over again at 2:30am. It was with this example of tireless work ethic in which all the Bennett Children were raised. Staying True to the Bulecheck-Bennett Ethic of Faith, Family & Hard Work, Roy and Donna built a customer base and a business that would sustain the family for decades to come, with bounds yet unknown.

As the Bennett Children began to grow and were able to walk and talk, they were introduced into 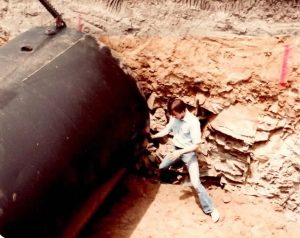 the family work ethic. Over the years, All the Bennett Children (Ken, David, Terri, Lenora, Lisa, Machelle & John) worked in one form or another for the family business….cleaning carwash mud traps, collecting quarters, riding with Roy on deliveries, learning how to cashier, learning how to answer the phones, taking customer orders, tearing up cement, building buildings, cleaning bathrooms, mechanic-ing and visiting customers. Once Ken and David were old enough to obtain drivers licenses, off they went to make fuel deliveries. 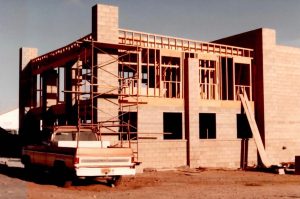 In 1980, Roy formally incorporated Bennett Oil Company and soon began construction of the new offices & warehouse on Sheldon St. Roy wanted the kids to learn the business from the ground up, so one day they could take over. Roy, always leading, inspiring, reminding all those that worked for Bennett Oil that the company was here to take care of it’s customers, it’s employee’s and be an active participant in the communities in which Bennett Oil had been blessed to serve. The Bennett’s became active community leaders, often playing softball, volunteering for many charity organizations and always giving back through their Church. 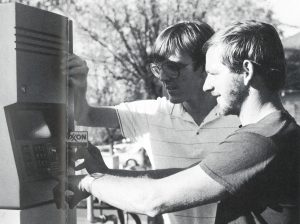 In the early 80’s Ken and David became the sole managers of Bennett Oil. At the time they had 3 trucks and built the business to support six trucks. Staying true to the family work ethic with emphasis on customer service, Ken was named CEO & President of Bennett Oil in 1985. Eventually, David branched out to Phoenix and opened a new business, separate from Bennett Oil…a company specializing in collecting and recycling used oil and solvents. To this day, Solvent Reclean remains a top recycler in the Arizona Market.

In the early 2000’s, Ken developed a passion for Arizona Politics serving as President of the Arizona Senate, and served as the 19th Secretary of State of Arizona, from 2009 to 2015. As Roy and Donna headed to Indonesia for a Mission Calling, the family turned to Lenora to take over as CEO & President in 2005. Shortly after her tenure began, catastrophe struck when the business offices and lubricant warehouse caught fire and burned pretty much to the ground. What would have been a fatal blow to most businesses…was just the opposite for the Bennetts. As soon as the flames were out, Roy stated “We start Rebuilding Tomorrow”. Again, the work ethic, the devotion to both the customers and the growing employee base won the day. Bennett Oil was rebuilt, larger than before with their eye on the future.

The Bennett Oil of Today

Operates a combined fleet of 31 Trucks, with Hubs in Tucson, Phoenix, Dewey, Chino Valley & Prescott Valley and employs 60+ employees at 6 locations. We have 5 Pacific Pride Cardlock Locations and our customer base expands across the entire State of Arizona. We also cross multiple states lines to pick up and deliver product in California and Nevada. Our American Transport Division are specialists in the field of delivering Fuel and commodities safely, on time with the product integrity intact. Our Lubricants division is a Emerald Class Distributor for TOTAL Lubricants. We are a one stop shop for Lubricants, Equipment and Used Oil.
In our December 2018 Awards Banquet we recognized the many achievements of two past Presidents of Bennett Oil: 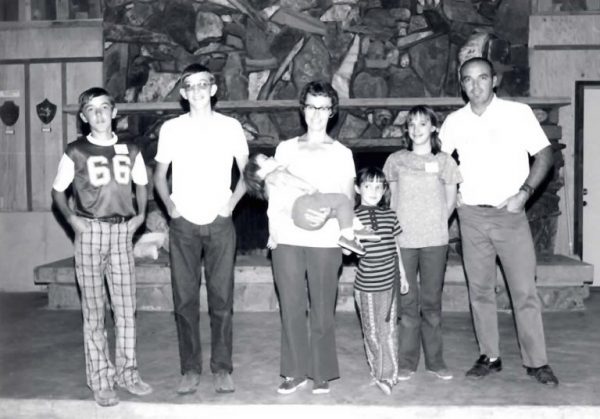 This is Us. A family legacy built over the past 80 years, born from hard work, sacrifice, and vision. A family business entrusted from one generation to the next and now to the current generation. Roy Bennett passed away on October 12, 2017. His legacy lives on thru the work Donna and his children continue to do within their communities, their own companies and Bennett Oil. Donna, as our Vice President continues to be a part of the operation staying on top of what’s happening within the company. Ken, David and Lisa serve as the Board of Directors, working closely with our current President, T. Susie Ingram to ensure we have the support required to run this family business for many decades to come.